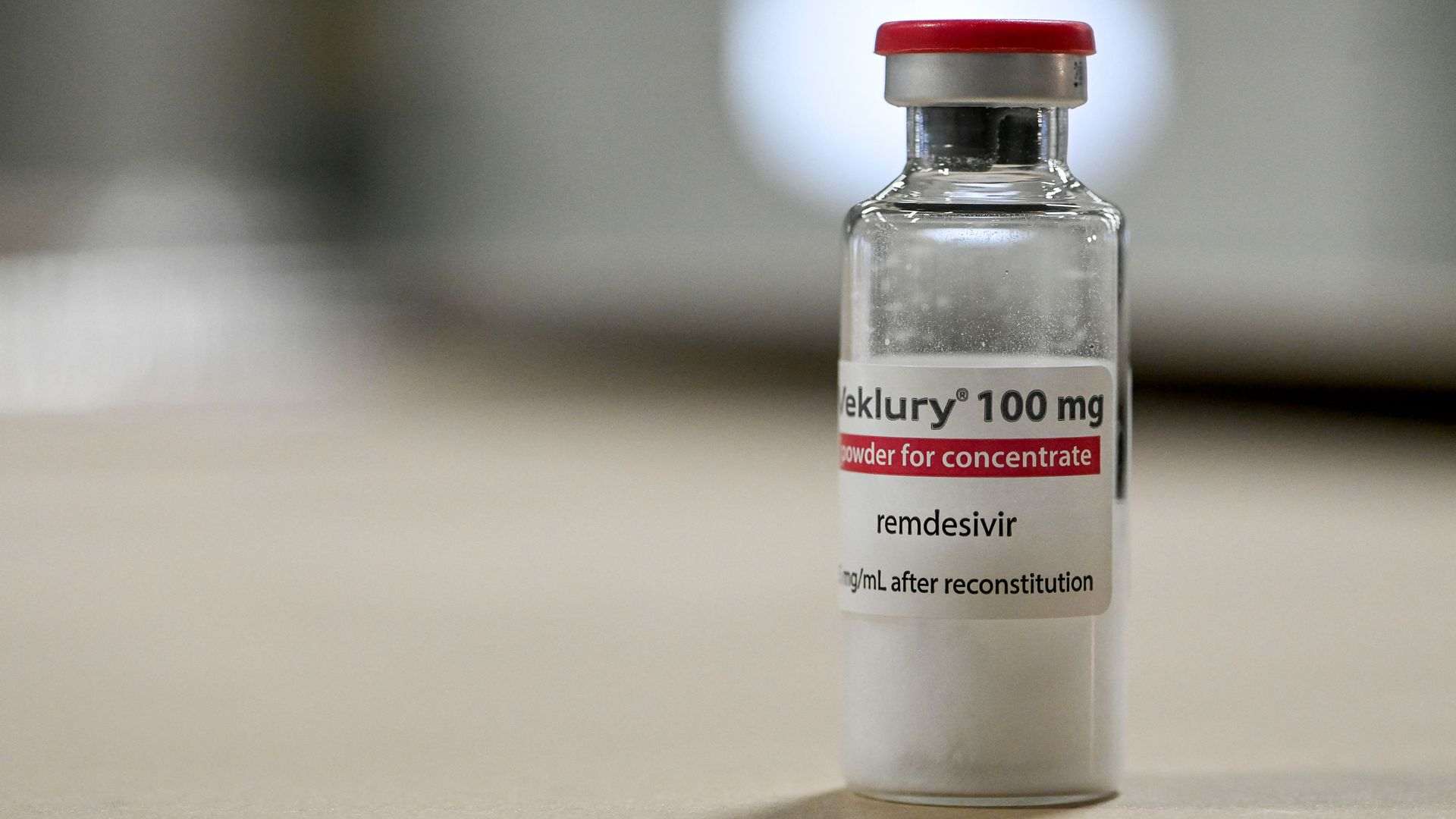 When a cell is infected, SARS-CoV-2 not only causes the host cell to produce new viral particles. The virus also suppresses host cell defense mechanisms. The nsP3 viral protein plays a central role in this. Researchers at Goethe University, in collaboration with the Paul Paul Scherer Institute in Switzerland, found through structural analyzes that the degradation product of the virostatic agent remdesivir binds to nsP3. This points to another previously unknown potent mechanism of remdesivirus, which may be important for the development of new drugs to combat SARS-CoV-2 and other RNA viruses.

The virostatic agent remdesivir was developed to disrupt an important step in the propagation of RNA viruses, including SARS-CoV-2: the reproduction of the virus's own genetic material. This is represented by the RNA matrix by which the host cell directly produces viral proteins. However, to accelerate the production of their own proteins, RNA viruses also copy the RNA matrices themselves. For this purpose, they use their own specific protein (RNA polymerase), which is blocked by remdesvirus. More specifically, it is not the remdesivir itself that does, but rather the substance that is synthesized from the remdesivir in five steps as the remdesivir penetrates the cell.

In the second of these five steps, a product is formed from remdesivir, a substance with a somewhat impractical name, GS-441524 (in scientific terminology: a metabolite of remdesivir). GS-441524 is also a virostatic agent. As researchers in a group led by Professor Stefan Knapp of the Institute for Pharmaceutical Chemistry at Goethe University in Frankfurt found out, GS-441524 targets a SARS-CoV-2 protein called nsP3. nsP3 is a multifunctional protein whose tasks include suppressing the host cell defense response. The host cell is not helpless in the face of the virus because, among other things, it activates the inflammatory mechanisms by which it calls the endogenous immune system of the cell. However, the nsP3 protein helps the virus to suppress this call for help.

Professor Stefan Knapp explains: “GS-441525 inhibits the activities of the nsP3 domain, which is important for virus reproduction and which communicates with human cellular defense systems. Our structural analysis shows how this inhibition works, which allows us to lay an important foundation for the development of new and more effective antiviral drugs - effective not only against SARS-CoV-2. The target structure of GS-441524 is very similar in other coronaviruses, such as SARS-CoV and MERS-CoV, as well as in a series of alphaviruses, such as chikungunya virus. Therefore, the development of such drugs could help prepare for future viral pandemics. "