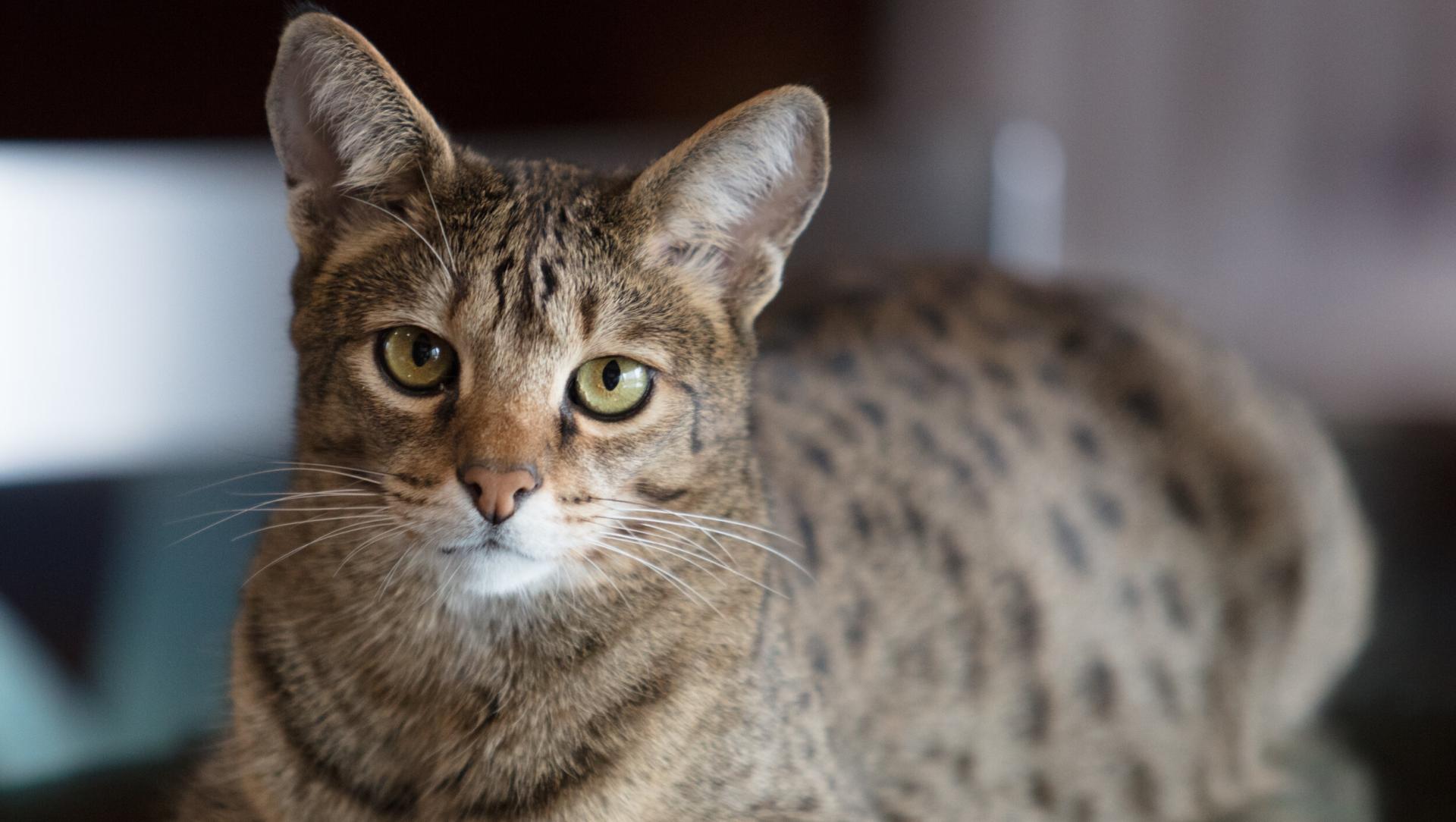 Our savannah kittens were diagnosed with fatal feline infectious peritonitis. Luna's story of surviving the disease could only be realized thanks to ongoing research.

After a thorough survey and education to learn as much as possible about savannah cats, and after choosing a renowned breeder, Luna became a member of our family in March 2017 at the age of 10 weeks. When I picked her up in Boston, she was brave, active, playful, and at first sight brimming with good health. Luna was extremely friendly, fun, quirky, loving, with a strong personality. She exceeded all our expectations regarding the savannah breed. She quickly invaded our home and our hearts as our first darling and exceptional family member.

Luna was to receive her second combination vaccine and undergo a veterinary examination. On April 13, 2017, she received a vaccine that is part of a routine protocol for cats. After receiving the vaccine, Luna refused to eat, slept constantly and was hot to the touch. Her husband and I thought her middle stomach was enlarged, but when I mentioned it to the vet during the visit, she said it was a "normal kitten's belly."

The only abnormal finding during the examination was cardiac murmurs III. degrees that were thought to be benign. The plan was to re-examine the murmur in a few months and consider a possible cardiological examination if the condition did not improve.

Luna's diagnosis FIP: At the right time in the right place

The stomach continued to grow and on April 21 we took Luna to the emergency clinic. I looked for the causes of abdominal distension (expansion of the abdomen) in kittens and I also read about infectious peritonitis in cats (FIP). I tried to push the FIP out of my mind; after all, it is not such a common disease. I thought in the worst case, it could be a parasite.

During the examination, the veterinarian sucked fluid from her abdomen and brought a tube with her sample into the room. She was sure that due to the appearance of fluid, anorexia, lethargy and fever of 40.6 ° C, Luna has a moist form of FIP. She told us about the gloomy prognosis, and that Luna had only a few days ahead of her, or maybe two weeks of life. She suggested that we return a few days to consult an internist and discuss some life-extension options and hear a second opinion, or undergo euthanasia if her condition worsened over the weekend.

So on April 24, we met with an expert to hear his independent opinion. Lune underwent an echocardiogram, underwent X-ray and ultrasound examinations, and other blood tests to confirm the diagnosis of FIP. It took a long and exhausting three days. We refused to accept the reality of the loss of our new child. We started looking for all the ways we could save her. FIP is 100% lethal, there is no cure. How is it possible?

There must still be a way to save her. As a nurse in a large teaching hospital, I encounter clinical trials and research. I thought, "I'm sure someone is working for the FIP." During the very long and exhausting weekend of waiting for a specialist, I called and sent e-mails to every major veterinary school I was able to find on the Internet.

To my great surprise, Michael Bannasch of UCD, Dr. Niels Pedersen's assistant, called me on April 23. Dr. Pedersen is a veterinarian, professor and scientist who has been treating FIP since the 1960s. Michael told me about researching and testing a drug that had not yet been approved. We discussed Luna's diagnosis and examinations, and Michael asked me to email him all of Luna's records and test results. On April 24, I received another phone call during which we talked about further tests and the possibility of flying with Luna to Sacramento - if we can get approval for her participation in the experiment.

If successful, Luna would be the first private cat in the world with a naturally acquired FIP to be tested for a new drug. She had high hopes, she was at the perfect age to respond to the new antiviral. Luna would stay at the clinic for 5 to 10 days for drug testing and monitoring.

Time was running out, her condition was getting worse. She had a high fever. Dr. Pedersen told us to stop palliative care (feline interferon omega and prednisone) and to arrive as soon as possible.

We arrived in Sacramento on April 28, seven days after being diagnosed with FIP. Dr. Pedersen acquainted us in detail with the treatment protocol, showed us the graphs, explained the mechanism of action of the drug to stop the replication of the virus. Then we went to the room where Luna was to stay for the next 5-10 days. At that time, she received her first injection and at the same time underwent a thorough examination.

Luna responded extremely quickly to a drug called 'EVO984' (later called GS-441524). We noticed an immediate reduction in fever and an improvement after the first injection. Luna reacted so well that we could go home on the sixth day. She was to receive injections for at least another 11 weeks. It was like bringing home a healthy, new kitten, a kitten without fever, malaise and an enlarged belly.

At home, I continued to give daily antiviral injections for a total of 12 weeks. Dr. Pedersen guided us throughout the treatment and advised us when to have the local veterinarian repeat the blood tests. Dr. Pedersen evaluated the results at the same time as regular weight checks to allow the dose to be adjusted accordingly.

By the way, this was the second drug testing at FIP since 2016, which took place at UCD. The first drug, GC376, was able to bring five out of 20 cats that had not relapsed to successful remission. Luna's drug, EVO984 / GS-441524, was even more successful, with approximately 26 cats achieving complete remission, which later changed to "cured."

To read more about FIP drug testing at UCD and the current status of the above antivirals, I recommend the following articles:

Important note: Both researches on UCD are already completed.

Happy ending for Luna and hope for cats diagnosed with FIP

On July 23, 2017, Luna received the last injection of EVO984 / GS-441524. She is doing well, showing no signs of illness and her laboratory results are still great. She loves camping and our adventure trips with a backpack on her back. She walked up to 13 miles, either with a harness or on a backpack. You don't see the cat on a leash on the sidewalks or in the camps every day!

Luna has been without FIP for almost four years. He lives a normal and healthy life and enjoys his three savannah friends - Titan, Calypso and Phoebe, which we brought home in October 2017 and November 2018.

Steve Dale, an animal behavior specialist and well-known radio personality, interviewed me about Luna's participation in testing a new drug in the program. "Steve Dale's Pet World, ”. IN radio interview  (Flash Player required) so you can hear Luna's story.

Luna loves camping and hiking with her human companions

The original article is followed by questions and answers…