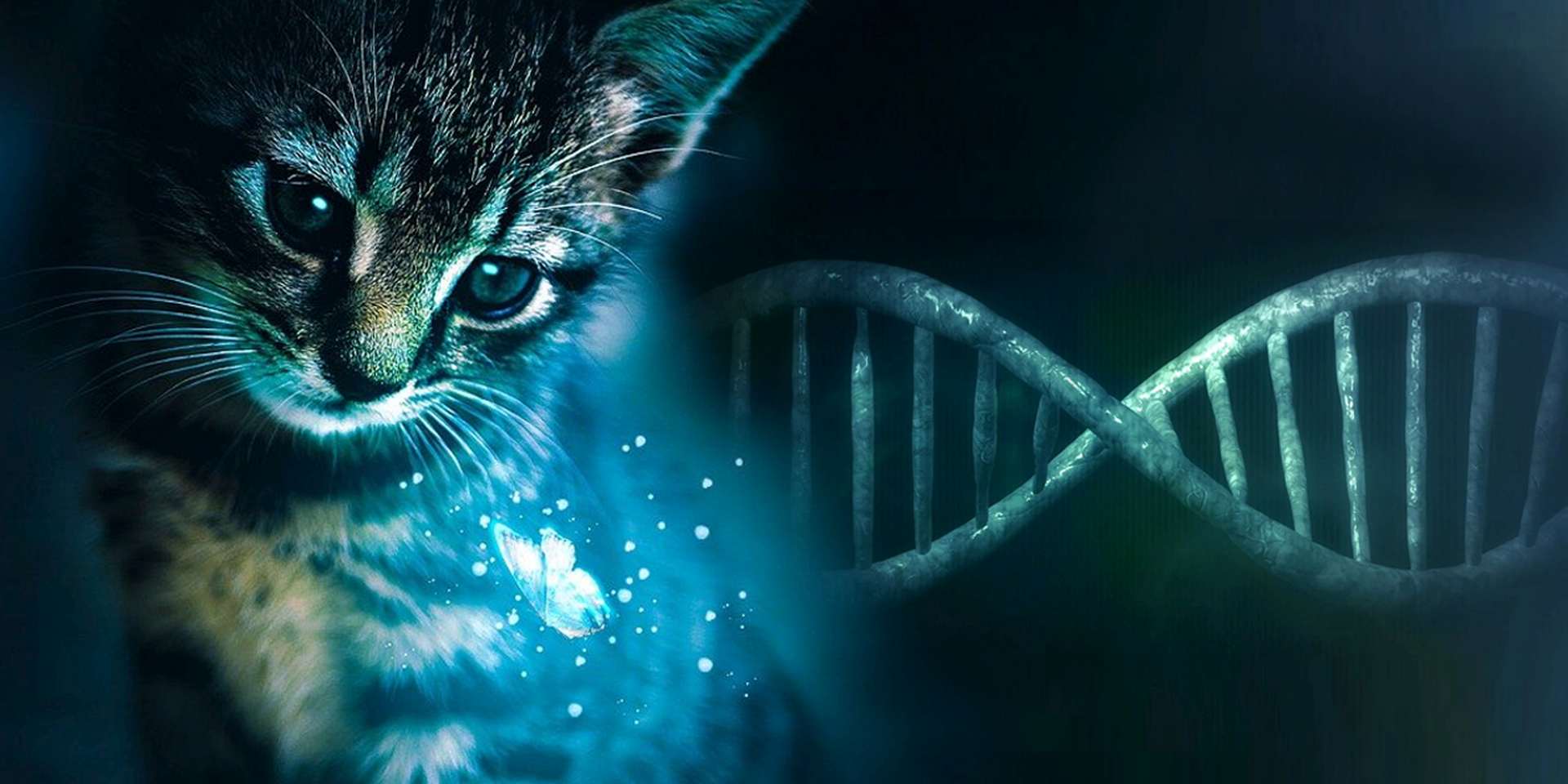 The laboratory called AnimalLabs © in Zagreb, Croatia, offers a test that they say identifies cats that carry a genetic marker of resistance to FIP (http://www.animalabs.com/feline-infectious-peritonitis-dna-test-for-resistance/, accessed 7 October 2015). The same test is offered by Genimal Biotechnologies in France (https://www.genimal.com/dna-tests/cat/feline-infectious-peritonitis-resistance/, accessed 29 October 2015). AnimalLabs © has provided two links, one to a research article describing this marker1 , and the second review article on the FIP, which I published in 2009.2 The first article is freely available at: http://www.ncbi.nlm.nih.gov/pmc/articles/PMC4041894/pdf/1297-9716-45-57.pdf. A summary of my 2009 review article is available at: https://sockfip.org/wp-content/uploads/2019/04/FIP_Synopsis_Jan13_09-1.pdf. I want to assure you that listing my review article does not support this test. In fact, I believe that the research behind this test was flawed in several respects and should be considered preliminary at best.

I would like to summarize the research that Hsieh and his colleagues did in the article.1 The researchers hypothesized that interferon-gamma is involved in protection against FIP, a reasonable assumption based on previous research by other scientists. They sequenced the feline interferon-gamma gene (fIFNG) and identified differences between cats (i.e., genetic polymorphisms) at three different positions, which they designated 401, 408, and 428B. These polymorphisms included a single nucleotide polymorphism (SNP) at each of these positions. These SNPs were not found in parts of the genes that encode the fIFNG protein (ie, exons), but rather in the regions that surround the exons (ie, introns). Intron regions are known to contain nonsense sequences as well as genetic elements that regulate the level of protein expression by genes. They then harvested DNA from 66 healthy cats and 60 cats with FIP. They found no relationship between the differences in SNPs at positions +401 and +408, but it turned out that there was a relationship with the disease state for SNPs at position + 428B. I quote their work - “of all SNPs tested; only fIFNG + 428C / T proved to be significantly related to the outcome of the infection. At position +428, the CT genotype frequency was higher in asymptomatic control cats (19.5 %) than in cats with FIP (6.3 %), and the data showed a significant correlation with disease resistance (p = 0.03) (Table 2). . ” Notably, among 66 healthy and 60 cats with FIP, only cats that had CC or CT were present; no cats that had TT were present in both populations. The table showing the relevant findings is as follows:

The authors concluded that the difference between the 16 healthy cats with CT (19.5 % healthy cats) was significantly different from the 4 cats with FIP with CT (6.3 % cats with FIP). Using the odds ratio (OR), they calculated that CC cats with FIP were 3.6 times more likely than cats with CT, and concluded that the T SNP was dominant over C. However, there were two problems with this conclusion. First, no cat in their study was TT, and given the fact that 20 cats in both populations carried T SNPs (20/126 = 15.8 %), it would be expected that 9 % (0.158 x 0.158 = .092) , or 11 of the 126 cats will be TT. This suggests that either TT is embryonally lethal or it is more likely that the populations studied were not a random representation of all cats. Statistical comparisons are only valid when the stocks are randomly selected, and special attention should be paid when the level of significance is approaching the minimum P≤0.05 and the number of cases and control cats is small. The zero value for TT cats in the population also made it impossible to assess whether cats containing two copies of the "protective allele" also had significantly higher resistance than cats that were CC. It would be expected that if T is dominant and CT is protective, TT will also be protective. Knowledge of the occurrence of cats that are TT at +428 is crucial to the use of the assay, as the only way to breed the CT genotype, if it is the only genotype associated with FIP resistance, is to maintain CC in the cat population. If TT cats are shown to have a similar degree of FIP resistance as CT cats, then it is theoretically possible to breed only for the T allele (CT and TT), provided that the T allele is indeed associated with resistance. Therefore, the value of the test depends on the occurrence of CC, CT and TT genotypes in the populations in which it will be used. It is likely that some breeds will be homozygous for the common C allele and therefore will not be covered by the test. Although unlikely, some breeds may have a high incidence of T and again, provided that both CT and TT are protective, testing may not be cost effective. If the incidence of T is low, positive selection for T carries the risk of inbreeding (see discussion below). The bottom line is that breeders should not pay for this test until they have received the information they need to use it properly in their breeding programs.

The authors had the biggest problem explaining the biological significance of the T SNP polymorphism. Most significant genetic mutations are found in exons (protein coding regions) and not in introns (non-protein coding regions). To provide biological relevance, the authors had to demonstrate that an intron mutation caused an increase in fIFNG production. The usual way to do this would be to isolate a normal gene with a CC SNP and an alternative gene with a CT SNP and show that there was a difference in the expression level of fIFNG between the two genes in a test system (ie in-vitro). The simplest test would be to identify a large group of cats that are CC, CT or TT, isolate their blood lymphocytes, stimulate them to produce IFNG, and then compare the levels of either specific RNA (by qRT-PCR) or the actual protein by ELISA or other assay. If their observations are correct, cat lymphocytes that are CT or TT should express more fIFNG than cats that are CC. Instead of this complex experiment, the authors decided to only measure fIFNG levels in the plasma of cats with FIP, arguing that cats with FIP and CT SNPs would have higher plasma levels of fIFNG than cats with FIP and CC SNPs. They found that 12/12 cats with FIP with CC SNP had very low levels of fIFNG, while all three cats with FIP with CT mutation had high levels. The conclusion was that the CT mutation allows for higher expression of fIFNG. There are several serious problems with this conclusion. First, it is paradoxical to conclude that a CT mutation confers resistance to FIP and that this resistance is associated with increased fIFNG expression, but then to prove this using plasma from CT cats that have suffered from FIP. The second problem is that there were only three cats in the CT group and 12 cats in the CC group, which makes any statistical comparison irrelevant. Finally, there is no good evidence that cats develop FIP because they are unable to produce sufficient levels of fIFNG. Several FIP studies have measured cytokine expression in cats with FIP.3 These studies were more concise when they showed an increase in FIFNG in the serum of cats with FIP and an increased production of blood lymphocytes in cats with FIP after stimulation. In fact, the general conclusion is that IFNG is stimulated rather than inhibited in cats with FIP.

Up to this point, I assume that this research is justified and that further research is needed. The problem is to make a huge leap from some weak research findings to practical applications. There is already ample evidence that FIP resistance cannot be attributed to a single polymorphism in a single gene. Our attempts to find the only gene responsible for FIP resistance in field studies with Burmese cats4 and randomly bred cats in our own experimental breeding program5 did not allow us to identify a single genetic marker of FIP resistance / susceptibility that we would consider significant. In fact, the only genetic risk factor we were able to identify for FIP resistance was kinship crossing itself.6 Breeding resistant cats with resistant cats did not increase the resistance of their offspring, but rather made them even more susceptible. This is exactly what you would expect from a genetic trait that includes many different genes and gene pathways. The more you try to select a single resistance factor, the more you inadvertently limit the role of multiple genes and gene pathways. Interestingly, the current recommendation is still the best, ie to avoid inbreeding and not keep cats that have fathered kittens with FIP. This recommendation is based on the theory that such cats carry a greater proportion of susceptibility factors than cats that do not produce kittens that have developed FIP and will produce kittens with an even higher proportion of risk factors when bred together. Based on these findings, selection for resistance to FIP using a single genetic marker is more likely to favor inbreeding and, in fact, increase the incidence of FIP. Finally, it should be recalled that heredity explains only 50 % susceptibilities to FIP, 7 the remainder being attributed to epigenetic (genetic changes that occur after birth) and environmental factors.

Although a simple genetic test that would significantly reduce the risk of FIP does not seem realistic, there is reason to continue to look for genetic explanations for why some cats may appear to be resistant to FIP and others succumb to it, and why some cats develop a wet form of FIP and in others a chronic dry form. These studies should focus on farms where FIP exists, where pedigrees are known and where genetic traits can be easily traced. However, the cost of such research should not be at the expense of breeders who order the test. The normal procedure for placing a genetic test for a disease trait on the market is to verify it before it is offered to the public. I don't think this test has been sufficiently researched.